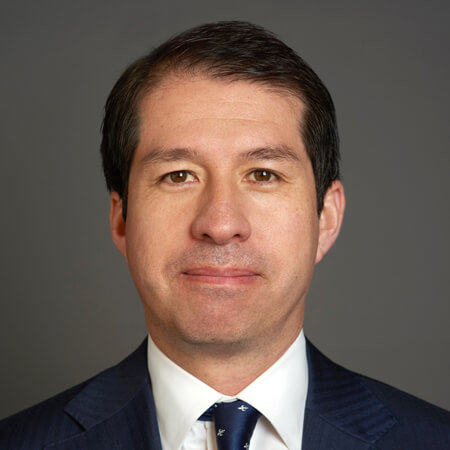 Leonardo Hernandez, Director, has over 15 years of investment banking and financial advisory experience focused on the energy sector and Latin America.

Before joining Marathon Capital, Mr. Hernandez was Managing Director with Pi Capital, Executive Director and Head of IBD Colombia for UBS, and Vice President with BBVA and Credit Suisse in New York. Throughout his career, Mr. Hernandez has completed M&A and financing transactions totaling over $18 billion in value.

Mr. Hernandez is a member of the Beta Gamma Sigma Society, holds a Bachelors in Industrial Engineering from Universidad de los Andes and received an MBA with concentrations in Accounting, Finance, and Business Law from New York University in New York. Mr. Hernandez holds his Series 7 and 63 licenses.