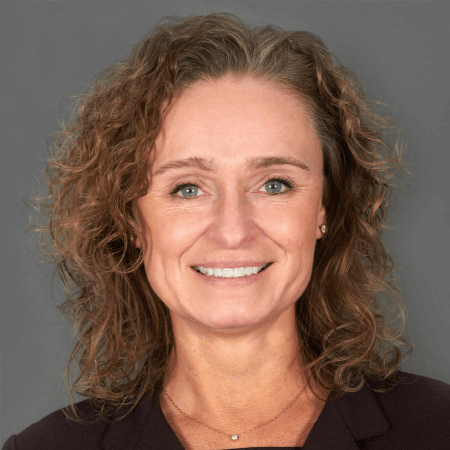 Ms. Hutchinson has over 25 years experience in North American energy markets and renewable energy project development. Before joining Marathon Capital, Ms. Hutchinson was Vice President of Origination & Business Development at Ørsted A/S, where she led the origination of wind, solar, and storage projects resulting in over 1600 MW of transactions in three years. Many of the transactions Ms. Hutchinson completed were power purchase agreements with first-time corporate buyers.

Prior to Ørsted, Ms. Hutchinson was SVP Origination & Marketing for Ridgeline Energy, responsible for negotiating contracts for the sale of power and renewable energy credits from renewable projects, leading solar development, and the acquisition of wind and solar projects. Ms. Hutchinson was Director of Origination at Citigroup Energy and held various origination and trading positions with Powerex, Inc.

Ms. Hutchinson received her Bachelor of Electrical Engineering from the University of Victoria in Victoria, B.C., and holds her Series 79 license.