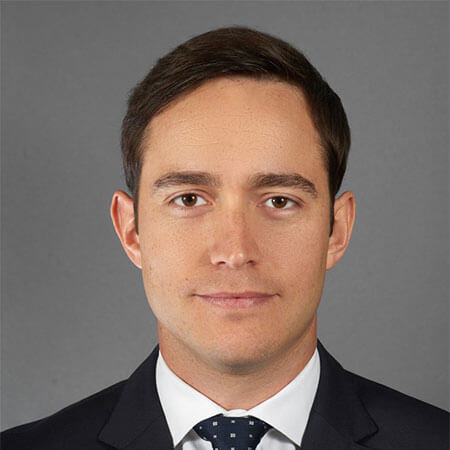 During his six years with Marathon, Mr. Arrazola has been the origination and structuring lead on various transactions, including Migdal’s minority platform investment into Global Energy Generation, the formation of Vesper through Magnetar’s investment into the Lendlease renewables development management team, the formation of Apricus through Osaka Gas’s investment into Novi Energy, while leading asset sale transactions for development clients such as Project Resources Corporation, Middle River Power, Telios Corporation and Hexagon Energy.

Mr. Arrazola joined Marathon Capital from SoCore Energy, where he was Vice President of Project Finance and supported establishing the Company’s inaugural third-party project finance program. Prior to SoCore, Mr. Arrazola worked for Wind Capital Group, where he participated in the successful closing of over $600 million in project finance commitments for utility-scale wind projects. He began his career at JPMorgan’s Investment Bank in London within the bank’s Securitized Products team.